This article is posted in connection with the production of Monteverdi’s Orfeo for Vaasa Baroque Festival in October 2019.

Read more about Monteverdi’s ‘story in music’ and watch a documentary film here: The Orfeo page by Il Corago 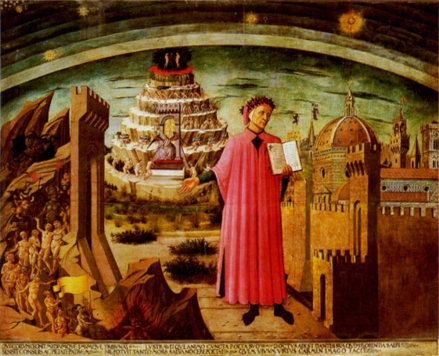 When Pluto, King of the Underworld, declares that Orpheus can recover his beloved Eurydice, two of his infernal Ministers comment. In the musical score, the first speech is marked to be sung a tone higher, perhaps reflecting changes in the distribution of vocal roles during the rehearsal period for the 1607 first production.

O, the inhabitants’ of the eternal shadows
Powerful King, the law will be made from your gesture
For to search out other deeper reasons
For your wishes our thoughts are not worthy.

Striggio’s verses recall Giovanbatisto Strozzi’s lyrics for the Hell scene in the 1589 Florentine Intermedi, set by Giovanni de Bardi Miseri habitator del ciec’ averno (Wretched inhabitants of blind Avernus). The architecture and social structures of Striggio’s Hell would be instantly recognisable to the 1607 audience: within a landscape familiar from Dante’s Inferno, Pluto presides over an infernal court, just as Orpheus presided over the pastoral shepherds in Arcadia. And amidst the Minister’s courtly flattery we are reminded of the importance of the cenno – Gesture – as signifying a binding decision in a court of law, as a manner of royal proclamation to attending courtiers, and as communication to the audience from performers on the baroque stage. See Bonifacio’s 1616 L’Arte de’ Cenni (The Art of Gesture) here. 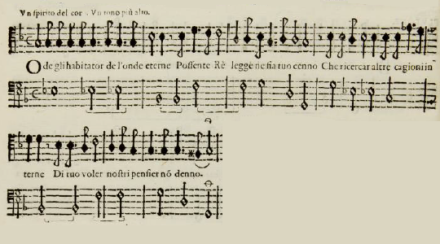 Monteverdi’s setting uses the coding of dramatic Monody to send listeners two important signals. Long notes in the continuo bass-line, in the Tactus values of semibreves and minims show that this is a serious subject, as explained by Peri in the Preface to his 1600 setting of Euridice. More about the coding of ‘recitative’ here. And the first words are recited on a monotone, categorised in Doni’s 1640 Annotazioni, additional notes to his Compendium of the Genres and Styles of Music (1635) as the Narrative style. This signals that infernal Spirit has a story to tell, that the audience is being addressed directly with significant information about the plot of this ‘fable in music’.

More on Rhetoric, Rhythm and Passions in Monteverdi’s favola in musica here. together with links to the 1607 Libretto, and original scores from 1609 and 1615.

Striggio presents these two speeches of the two infernal Ministers as a single Chorus (in the Greek sense of commentary on the action of the principal characters), a Choro di Spiriti Infernali in 8 continuous 11-syllable lines of rhyming couplets, contrasting with the blank verse of Plutone and Proserpina’s speeches. And the significant information comes in the second half of this Chorus, allocated by Monteverdi to a second, lower-voiced singer. Striggio’s poetical structures would  usually have cued the composer to write ensemble or song-like music, but Monteverdi declines that invitation, choosing the more serious texture of Monody. Monteverdi’s choice – not to cloak the words in attractive melody but rather to deliver them in stark declamation – is another signal to the audience that this moment is highly significant, not just pretty music!

He will lead out from these horrible caves
His wife, [he] Orfeo, if he uses his wisdom,
If he is not overcome by juvenile desire,
Nor forgets your grave commands.

The conventional rhetorical phrase for ‘forget’ is to ‘scatter into oblivion’. In the libretto, the commands are tuoi = yours, i.e. Pluto’s commands given. But in the scores they are suoi – his, i.e. Orfeo’s commands received. And for ‘wisdom’ the scores have ingegno – ingenuity: here the libretto seems the better choice, suggesting mature wisdom as opposed to juvenile impetuosity. The word senno also appears elsewhere in the drama, and here it makes the better rhyme. 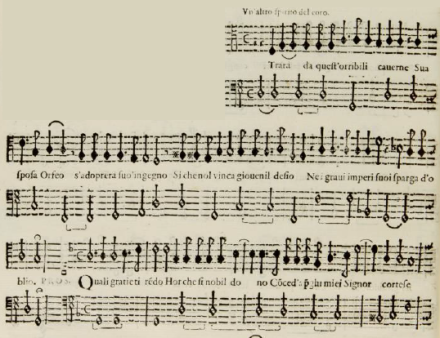 Monteverdi directs the continuo to play their solemn D minor for an extra beat before the singer breathes, another marker of heightened significance. Plutone similarly has two extra beats, and we see notations in other operas for the continuo to repeat opening chords as many times as necessary, if a character is making a grand entrance: Penelope in the first scene of Monteverdi’s Ulisse, Tempo in the first scene of Cavalieri’s Anima & Corpo. More about Anima & Corpo here.

The pitch contours of the opening line step upwards in thirds, imitating the opening line of the first Spirto. This kind of repeating structure is what was called aria in this repertoire, not necessarily a melody, but any kind of repeated structure in words, rhythm or music. This movement in thirds is characteristic of the earliest Spanish recitado, where it represents the speech of divine characters/ Almost certainly Monteverdi intends a similar characterisation here, for the powerful ministers of hell.

The vital message that all these markers point towards is the threefold condition, under which Orpheus’ mission to Hell might succeed. The singer-hero must employ wisdom, not be overcome by passion, and he must remember the command not to turn and look at Eurydice. Of course, the 17th-century audience knows the story already, and so – as very often in early opera – they are ahead of the characters on stage, enjoying an almost god-like capacity to see the future.

This frequent use of dramatic irony is just one more aspect of the period attitude that privileges the audience as high-status courtiers, noble guests for whom the whole spectacle is provided. As La Musica sings in the Prologue, the audience are praised as ‘noble heroes, noble blood of kings’ – more about the Philosophy of La Musica here.

Since the audience are already with, if not even ahead of, the plot. all this emphasis on the Minister’s Conditions highlights what will become the message of the whole drama, the moral of the tale, summarised in the chorus at the end of this Act (after Orpheus’ disastrous turn):

Orpheus conquered Hell, and then was conquered
by his own passions.

and reiterated by Apollo in one of the two surviving endings to the show:

It is not wise for a generous heart
To be a slave to its own passions.

Thus in a music-drama that celebrates the power of music to move the passions, the audience is nevertheless guided towards moderation in their emotional response. Or at least, this is the message, if the Apollo ending (from the musical scores) is performed. The alternative Bacchic ending in the libretto concludes the show with a glorious paean to the ‘divine fury’ of inspiration and inebriation, ‘the spice of all human pleasure and the comfort of every troubled heart’. 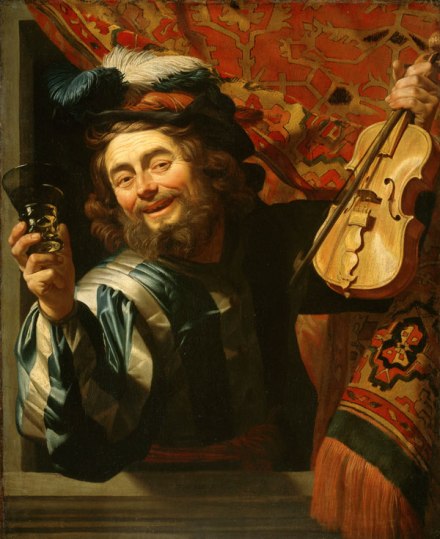