On Saturday 5th October, I was privileged to be invited to the Arvo Pärt Centre in Laulasmaa (Song- land), Estonia for an extraordinary and memorable concert of new, 20th-century and early music. 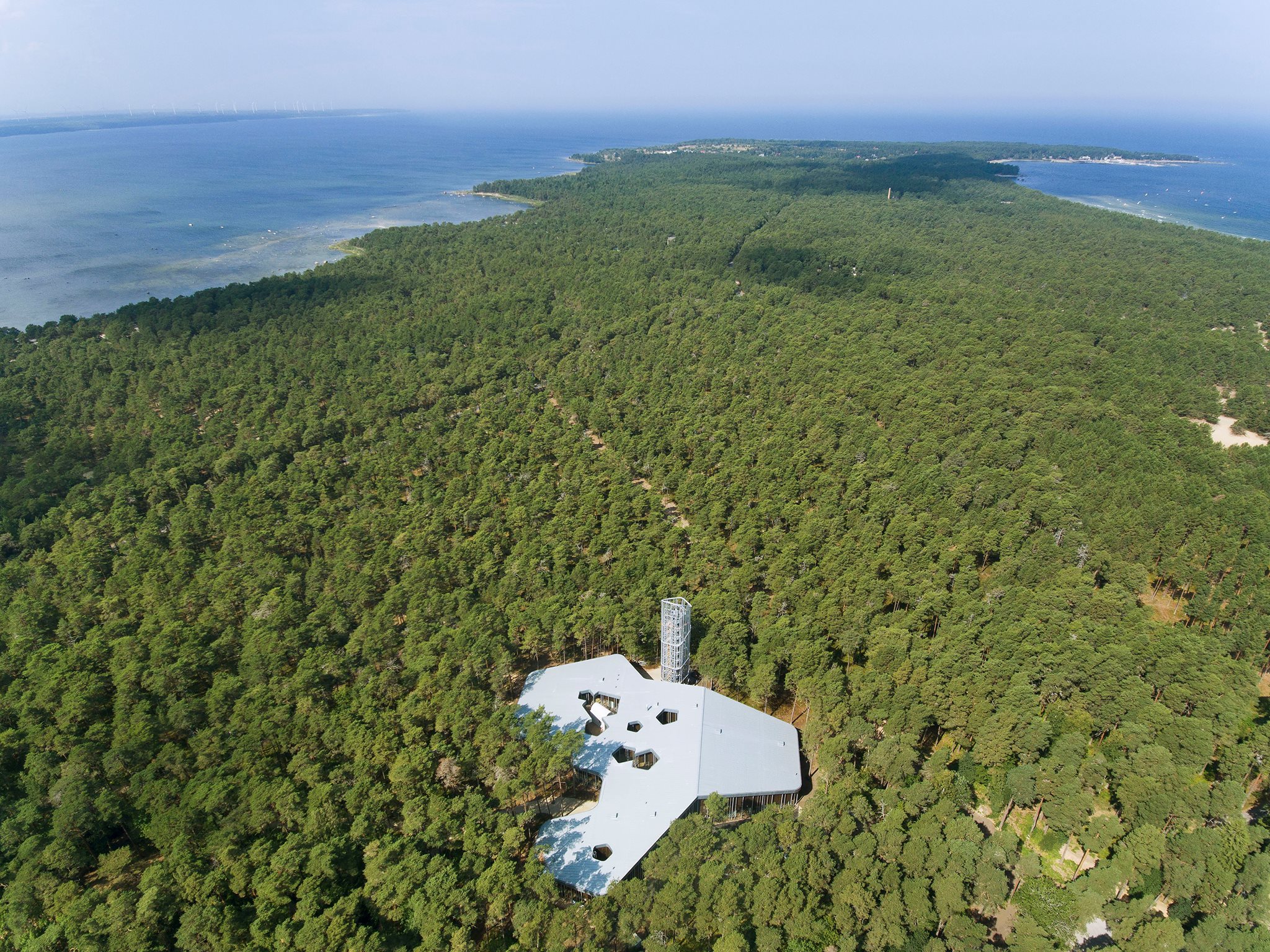 The concert was dedicated to the memory of a good friend of Pärt, composer Gia Kantšeli, born in Georgia in 1935, who died few days ago on 2nd October. It was given by Andres Mustonen’s legendary ensemble, Hortus Musicus, and featured compositions by Pärt and Kantšeli, as well as by Hortus Musicus singer Tõnis Kaumann.

Kantšeli’s Helesa (2005) and Valentin Silvestrov’s Three pieces for violin and piano were written in memory of the ensemble-director’s wife, Helle Mustonen: 2nd October was the anniversary of her birthday. Early Music was represented by the anonymous c1300 Missa Tournai and two pieces by Monteverdi; two newly composed pieces were added to the program to commemorate Kantšeli: Kaumann’s In paradisum and Erkki-Sven Tüür’s Kirjutamata kiri (Unwritten letter).

Under the appropriate title of Fratres (Brothers) – the title also of Pärt’s 1977 composition for Hortus Musicus – the concert thus celebrated a brotherhood (including one soprano!) of composers and performers of our times and of the past, whose work has been closely intertwined since the 1970s.

The mood is set already as you arrive at the Centre, located amidst pine-woods on a long peninsular surrounded by the Baltic Sea. The car-park is deliberately somewhat distant, so that the final approach is by a forest footpath, with the sounds and scents of the forest surrounded by deep silence. And as Estonians love to build towers from which to survey their land- and sea-scapes, so the Centre features a tall tower, as well as a tiny Orthodox chapel, with three bells installed close by in one of several inner courtyards.

The ambience is almost that of a medieval monastery, with a library, chapel and never-ending music all in close proximity to the simple beauty of nature.

Prominently displayed within the main building are photographs of this concert’s and other ‘Brothers’, including my old friends the Hilliard Ensemble, whose then director, Paul Hillier was a champion for Pärt’s work in the West.  Paul subsequently wrote a biography of Pärt, and was for many years director of the Estonian Philharmonic Chamber Choir.

It was at the Hilliard Ensemble’s summer school in the 1980s, in Paul’s home-town of Lewes, that I met Arvo, and had the unforgettable experience of playing piano-duet with him whilst the students rehearsed under Paul’s direction.

Another ‘Brother’ has his photo displayed at the Centre, in conversation with Pärt. This is Manfred Eicher, whose ECM record-label brought Arvo’s music to millions of listeners around the world.

Also on display are painted flowerpots. In 1974,  as Pärt was searching for inspiration, for a way out of the artistic block that he felt modernist music had reached, another ‘Brother’, icon-painter and creative psychologist Viktor Krivorotov suggested that the composer might experiment “with different types of art – precisely the ones you do not know or command. You just have to have the courage to do poorly and fail, and even have a certain impudence…”. So his wife, Nora Pärt relates here.

So Nora and Arvo ended up decorating hundreds of flowerpots, and – somehow – this simple handicraft opened the way to his famous tintinnabuli composing technique, his distinctive sound and his unique ability to touch the listener’s emotions. More on tintinnabuli here.

The Centre’s concert-hall is simply built in wood, with an intimate atmosphere and warm acoustic that favours performers positioned at the front of the stage. It was packed to (at least) its 140-seat capacity for this special event, and such was the interest in this concert that an extra performance was arranged for the following day, also sold out. Saturday’s audience listened with great attention, with pieces received in profoundly appreciative silence, or with happy applause, depending on the mood of the moment. Arvo himself sat, listening intently, in the midst of the public, which  included at least one member of the Estonian ensemble, Vox Clamantis, who have also had a close association with his work. 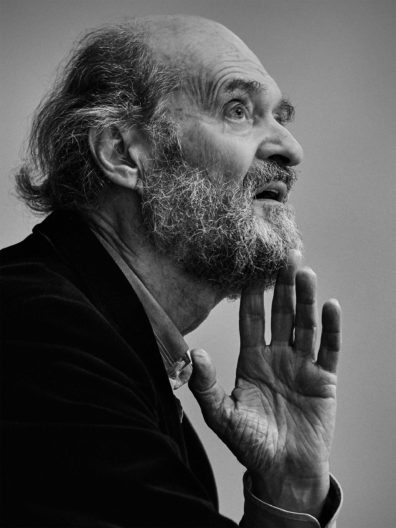 In the Cold War years, Andres Mustonen’s work behind the iron curtain with Hortus Musicus paralleled to a certain extent Jordi Savall’s with Hesperion XX in the West. Both are charismatic personalities, passionate performers and extraordinary soloists on bowed strings. Both lead close-knit ensembles of musicians who accept their highly idiosyncratic working styles and understand their highly individual approaches to music-making. To this day, both prefer to trust their personal intuition, honed in the hot-house atmosphere of the 1970s, over later developments in historical musicology and period performance practice. Both were married to sopranos who became artistic partners, but who died early: Jordi’s first wife, Montserrat Figueras, died in 2011.

Both favour an approach to early music characterised by kaleidoscopic changes of tone-colour and generous use of percussion. Both can happily combine medieval shawm, renaissance viol, baroque trombone, modern double-bass and Armenian duduk in the same piece of medieval polyphony or Jewish traditional music.

But until this weekend, I was unaware of the significance of Mustonen’s work in contemporary music, and of the close collaboration between Arvo Pärt and Hortus Musicus. Having first encountered Pärt’s music in the exquisitely controlled ensemble and cool timbres of Rogers Covey-Crump and John Potter’s tenor voices, and the sustained intensity of David James’ counter-tenor, it was a revelation for me to hear the same music in the rich, warm, vibrant colours of the Hortus Musicus instruments, and with rapid changes of instrumentation from phrase to phrase.

The performances of medeival and early baroque music supplied the key to this puzzle. The medieval Tournai Kyrie & Gloria (marvellously paired here with Kaumann’s Credo, written as a companion piece), which the Hilliards and other performers informed by recent scholarship would perform with 3 voices a capella, was here presented in glorious technicolour, a thrilling experience which channelled Carl Orff to powerful emotional effect. In this context, Hortus Musicus’ approach to Pärt’s Arbos (1977), with its strictly mathematical structure reminiscent of Dufay’s iso-rhythmic motets, showed the close connection between composers ancient and modern and between the Estonian composer and ensemble.

In 1977, Arvo’s tintinnabuli-style, influenced by Gregorian Chant and early polyphony, and the nascent Early Music movement were united in their opposition to the dominant (and in Estonia, Soviet-imposed) mainstream of modernist composition and post-romantic performance. Pärt and Mustonen formed a close collaboration, with many pieces written for Hortus Musicus.

A decade later in the West, Early Music had itself become part of the musical establishment. So when Savall and Figueras founded La Capella Reial de Catalunya in 1987 they chose ‘mediterranean voices’ in reaction against the dominance of English and German singers.

In Estonia on Saturday, Mustonen was also a persuasive ambassador for Silvestrov’s ‘metaphorical’ or ‘metamusical’ style. The opening phrases, which could almost have been 1930s salon-music, were delivered – incongruously – with the straight tone and unweighted bow-strokes that one might associate with baroque violin, and in impeccably accurate tuning; in the next, the piano (which both accompanied and often doubled the violin) ladled out great dollops of romantic harmony; and then in the next phrase, as the composition returned to restraint, the violin sound warmed up and vibrato increased; later, the bow moved with all the robust accentuation of modern virtuoso violin-playing. In these short pieces, the ever-changing sonic collage and the episodic structure of the composition were equally fragmentary, presented as a sequence of non-sequiturs in thought-provoking disconnects.

And in a program full of artistic and deeply personal connections, when in the last bars of Kantšeli’s piece for the death of Helle Mustonen, Andres’ violin was left all alone…  I have no words to express the poignancy of this moment. 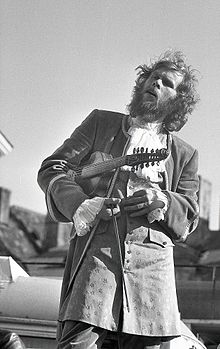 As a Monteverdi specialist (I have reconstructed the lost Arianna and I’m directing two productions of Orfeo this month, one reflecting the latest HIP  scholarship, the other with a staging set in 1970s Moscow!), I was fascinated to hear Mustonen’s approach to the early baroque. In these pieces, as throughout the program, tenor Anto Õnnis was superb, with sweet tone, precise diction, accurate intonation, thrilling high notes, impressive breath-control and a clear gaze direct towards the audience.

Even for a living composer with such a distinctive ‘voice’,  we are offered widely differing sound-worlds for Pärt, all plausibly ‘authentic’: the rich variety of Hortus Musicus and the restrained minimalism of the Hillard Ensemble;  Estonians in the 1970s and 1990s, and English singers in the 1980s. Meanwhile, both Hortus Musicus and Vox Clamantis, as well as Paul Hillier continue to present their authoritative, but very different versions of Pärt’s compositions all around the world today.

We might equally well question what is the ‘authentic’ sound of Monteverdi: the richly orchestrated ensembles of  Mantuan Orfeo in 1610 or the restrained instrumental palate but intense drama of Venetian Poppea in 1643?

For certain, we should be aware of, and celebrate such differences. And we should respect each performer’s commitment to the composer’s creation, as well as to their own vision of it. In his program-note for this concert, Mustonen boldly proclaims his passion for Early Music and for Arvo’s compositions:

This is music that can save the world

The day had begun for me with a private performance of a new song – simple, but deeply moving – by another Estonian composer. The concert ended with Pärt’s Da Pacem, written for Jordi Savall and Hesperion XXI in 2004: I played in the first recording.

And, perhaps appropriately, (for the Estonian word part, as pronounced by an English or Spanish speaker without ä, means ‘duck’) we finished off the evening with a fine dinner of Duck in Honey,  Thai-style, but cooked from authentically Estonian ingredients! 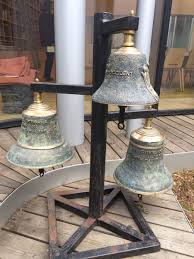 The Chapel Bells at the Arvo Pärt Centre