Baroque opera & orchestral director, imaginative continuo-player, Early Harp virtuoso, specialist in baroque gesture & Historical Action, investigator of Flow, Andrew Lawrence-King is one of the world’s leading performers of Early Music and the most recorded harpist of all time. His first two operatic compositions, Kalevala: The Opera and Arianna a la recerche, received their premieres in 2017. 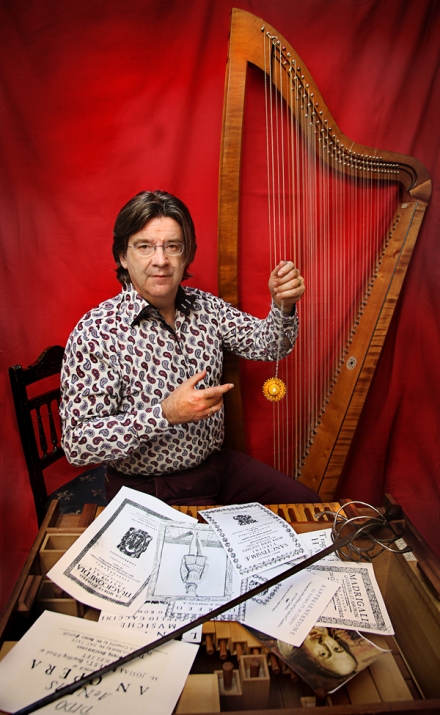 From 2010-2015, he was Senior Visiting Research Fellow for the Australian Centre for the History of Emotions. Academic topics here. He is now Director of Opera Omnia, Academy for Early Opera & Dance at Moscow State Theatre ‘Natalya Sats’. More about Opera Omnia here. He also teaches at the Guildhall School of Music & Drama, London, and the Royal Danish Academy of Music, Copenhagen.